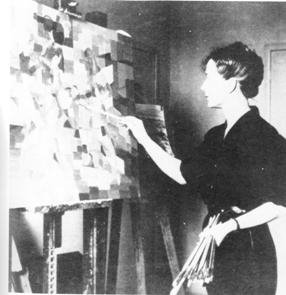 The Battle Between Carnival & Lent (for Bill Donohue)

I thought I got it out of my system when I wrote "Following the Naked Christ" in a tone I thought was most objective. But the ire in me rose and I thought of Brueghel's "The Battle Between Carnival and Lent" So I figured I'd paint a picture of this modern battle, pitting the modern day Savonarola that is Bill Donohue, President of the Catholic League versus the sculptor Cosimo Callavaro.

On Brueghel's Battle Between Carnival & Lent:

It is one of the central emblems of the early modern period, most famously illustrated in Peter Brueghel's eponymously named painting of 1559 in which pale, censorious Lent, virtually done in by its austerity, battles corpulent Carnival revelers in the streets of an imaginary Flemish city. In Brueghel's sixteenth-century interpretation, we have no doubt who he believes is winning the contest. Like his contemporaries Erasmus and Rabelais, Brueghel clearly understood the power of the ludic over its graver alternatives. And yet it is the coexistence of these two themes that he celebrates and immortalizes. Carnival has no meaning without Lent; locked in an eternal contest, they enact the battle between passion and reason, appetite and intellect, pleasure and piety, excess and scarcity that encompasses so many of the questions that guided and shaped the lives of early modern Europeans.

How could I say everything I want to say in a painting? What technique could I use?

So I took Brueghel as my starting point... now this was getting easier, as Cosimo Cavallaro is a beautiful person,

as is Renee Cox.

So I put them on the Carnival side, the celebration of life. On the other side, the Lent side, I had Donohue, who looks like a pudgy nothing,

but then I had Rudy Giuliani, the gaunt opponent of the arts in New York City... the mayor who has targeted both Cox and Cavallaro...

unfortunately he's looking something like the vampyr in Nosferatu.

On the Carnival Side, there's the Dixie Chicks:

And, I suppose Madonna,

but I much prefer Sinead O'Connor:

The Lent side is mighty lean, so I'll go for that horrible monkey pope? cardinal? painted by Goya? Velazquez??

But I'd like to include this of the Life Loving Pope on the Carnival side, of course:

On the Carnival side, I must include these women from CODE PINK:

And because he is/was a beautiful person who I never forget, I'll put Harvey Milk, who was my Supervisor in SF, on the Carnival side:

Cosimo riding a barrel, on his "spear" three roasted chickens... perfect for the food artist.

The gaunt mayor Rudy Giuliani, a figure with a I Love New York Flag, rosary beads on the chair's platform. This figure is too weak to joust.... dunno if I should include Rudy G for 2008, or how he's earned the Catholic Vote...

Bill Donohue, president of the Catholic League, and the Monkey Pope, also on a wheeled chair... these Catholic leaders are looking very weak and frail.

Step Five:
In order to keep the panels scanner size (8x10) I've done them separately.
Now it's time to tape up.
I use blue painter's tape, to put all four panels together... the joint is loose enough so I can continue to fold and scan.
The challenge is to get all these figures to share the same space.
Brueghel used a perspective from above to get his panoramic scene.
My viewpoint is only slightly from above, and in other places is dead on.... will have to work this out.

Step Four A:
Bill Donahue:
Donahue's head is so round I've given him the golf ball head of the advertisement for jack in the box
I pasted in the Michelangelo Risen Christ ruined by the church with a vulgar brilliant gold codpiece arrangement.

The sculptor Cosimo Cavallaro with a copy of his "My Sweet Lord" on the front of the barrel he's riding. Two nuns look on in amusement/fascination/condemnation/horror. "I can see our dear lord's junk!!!"

This is a painting in progress.

Stay tuned, as I continue to post the stages of this piece as I am working on it. I plan to have it finished by the weekend. Another way to editorialize is to paint.

More blogs about Painting in Concert